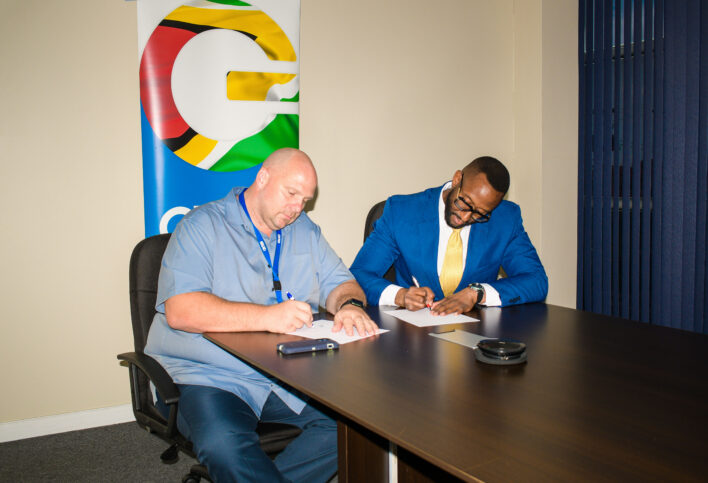 Guyana’s largest oil and gas port facility, Guyana Shore Base Inc. (GYSBI) has secured a US$10 million bridge loan from NCB Merchant Bank out of Trinidad and Tobago.

With the bridge loan in hand, GYSBI now has the greenlight to secure further financing to advance its planned expansion, pegged somewhere around nine figures, said its General Manager, Robert Albiez.

“It is part of a larger deal that we have been working towards with NCB Merchant Bank and three other Guyanese banks,” Albiez said. “These funds have been earmarked for capital projects to further develop the Guyana Shore Base and aid in its ability to service ExxonMobil and their offshore drilling campaign.”

The set expansion is expected to take place on 170 acres of canefield lands located over at the Industrial Estate. Up to February, GYSBI had cleared a significant chunk of the lands there. NCB said the funds will help GYSBI to secure open and covered storage, berthing supply for vessels, operational personnel and loading/unloading logistics support.

“Every transaction is different. We do not adopt a cookie-cutter approach. The value that we bring to the Guyana Shore Base Inc. is to provide financing that was flexible, forward-looking and takes into consideration their particular business model,” explained NCB’s Head of Corporate and Investment Banking, Marli Creese.

He noted as well that GYSBI is “strategically well positioned” with management that has a clear vision of how they want to assist in the long-term development of Guyana’s energy sector.

“We are very excited for Guyana Shore Base and happy to be working with them,” he continued.

Now, five years on, the company’s growth has been tremendous. GYSBI now occupies 170 acres with eight warehouses in total and four berths. It also recently acquired ISO 9001:2015 certification, in recognition of its efficient work processes and will also be commissioning two heavy lift berths later this year.